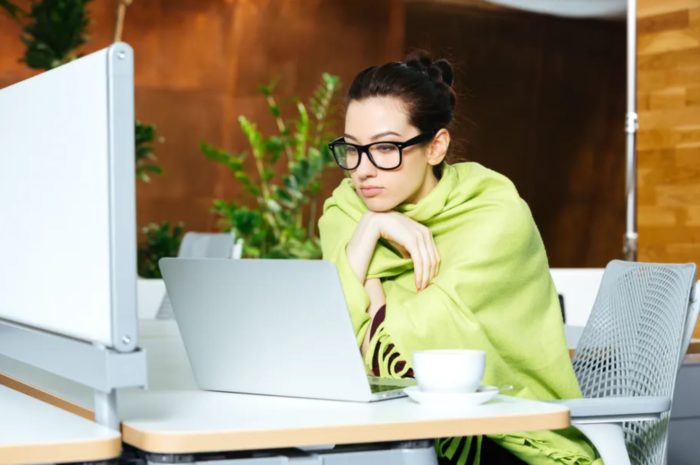 Almost all of us will complain of being cold at some point, especially as lower temperatures arrive. But some people feel cold no matter the weather – and there are a number of reasons why this might be case.

The average normal body temperature is 36.6℃, but variations are common with differences of up to 0.5℃. A person’s resting temperature changes throughout a 24-hour period, peaking around 6pm and dropping to its lowest around 4am. Average body temperature has also decreased by up to 0.03℃ per birth decade since it was first established in the 19th century.

Different parts of our body have different temperatures, with the rectum being the warmest (37℃), followed by the ears, urine and the mouth. The armpit (35.9℃) is the coldest part of our body that is usually measured.

Here are four other factors that affect our body temperature – and may be the reason behind why some people always feel cold.

Similarly, the layers of fat, which are designed to insulate and keep the body warm, are distributed differently in men and women. Women have an almost two-times thicker layer of fat underneath the skin in the arms and legs, so the heat from any underlying muscles finds it more difficult – and takes longer – to get to the temperature receptors in the skin, which may be why some women may complain of feeling cold more often. It’s not clear whether, once at a comfortable temperature, this difference in fat distribution keeps women warmer for longer.

Women have a cyclic change in their base body temperature which is influenced by various hormones involved in the menstrual cycle. Before ovulation, temperatures average 35.9℃, then peak at 36.7℃ a few days after.

While higher testosterone levels in men don’t appear to change the temperature of the body, it appears it may cause men to feel the cold less by desensitising one of the receptors that detects cold.

Some illnesses and conditions are associated with a reduced tolerance or increased sense of cold.

Raynaud’s disease is a condition which causes some areas of the body, especially the fingers and toes (though it can also affect the ears, nose and nipples) to go cold and numb in response to low temperatures or stress. Typically, the whole body doesn’t feel cold, but the severity of the affected areas can be incredibly painful.

It’s caused by the rapid narrowing of small blood vessels in these areas. Women are more likely to suffer from Raynaud’s, as are those who live in colder climates. Treatment primarily focuses on avoiding the cold, stress triggers, drugs (some cold medications) that can cause blood vessels to narrow, and some lifestyle changes.

Hypothyroidism is another condition which can make someone feel cold. It affects the thyroid gland in your neck, stopping it producing enough of the hormones involved in maintaining energy levels, hair, skin, weight and internal temperature. However, hypothyroidism can be treated with synthetic hormones.

Arteriosclerosis is the narrowing of blood vessels due to a build-up of plaque – the same material that can cause heart attacks. There are different types of this condition, but the one that most commonly causes a cold feeling is peripheral artery disease, where arteries supplying blood to your limbs are narrowed.

The blood maintains our limbs’ tissues by providing them with nutrients that enable them to continue functioning and generating heat – which is why people with the condition may constantly feel cold. If untreated, symptoms can progress to limb ischaemia, where blood is totally cut off, causing gangrene, the need for amputation and potentially death.

Frostbite can also cause continued or prolonged sensitivity to cold, even after the visible injury has healed. Frostbite typically starts when the body, particularly exposed skin, is subject to temperatures below freezing. The body’s response is to reduce blood flow to these skin areas to prevent heat loss and maintain the warmth of vital internal organs.

Damage comes from ice crystals forming in and ripping apart body tissues. In the worst-case scenario, fingers and limbs can be lost.

When cold is hot

On the opposite end of the spectrum is a type of food poisoning, called ciguatera, which makes cold things feel hot (and vice versa). This type of reef-fish poisoning – which affects approximately 50,00-500,000 people every year – comes from consuming ciguatoxin, which is found in plankton species called Gambierdiscus toxicus and accumulates as it makes its way up the food chain to us through some fish.

The toxin cannot be destroyed by cooking and, when consumed by humans, causes gastrointestinal symptoms and sensitivity to hot and cold, hypothermia and even death. The sensitivity is made all the more alarming as the senses are reversed – so hand-washing in cold water causes a burning feeling on the hands. There’s no treatment and symptoms can take months or even years to disappear.

As the cold months approach it’s normal to reach for the thermostat or a blanket. But bear in mind that any prolonged or abnormal sensation of cold should be checked by a doctor.

Top image: Some people need to bundle up all year round. Dean Drobot/ Shutterstock