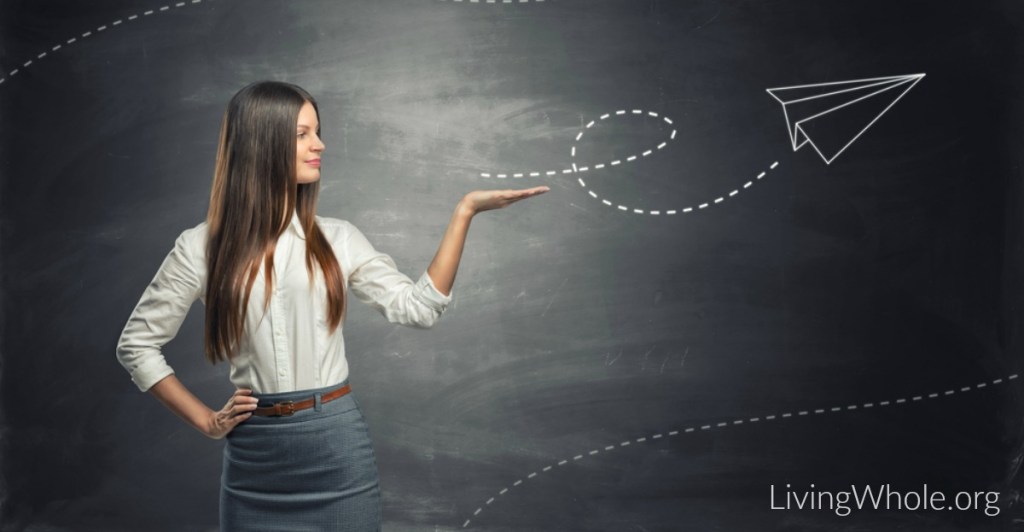 A few days ago, Megan Doodle (a nurse) wrote a post on Facebook to parents who do not vaccinate their kids — for the sake of flu season and all. In it, she claimed that parents should have the right to believe what they believe, but that if they don’t vaccinate, they shouldn’t be allowed to take their kids to the hospital when they are sick; that it’s pure conspiracy to think that pharmaceutical companies are out for profit; and that it’s insanity to think that the scientific medical community has been duped … because let’s face it … this never happens.

I try to avoid nonsense like this, but I feel it important to correct the misconceptions so that we don’t have people walking around using their “science” degrees as excuses to misinform the masses. Allow me to “lovingly” address this post piece by piece, so that you have an educated response to share with your friends:

#1. “Parents who don’t want to vaccinate should have the freedom to do so, but if they think ‘Big Pharma’ is just trying to profit or poison us all … they should not be allowed to go to a doctor or hospital when they are sick for treatment.”

Let’s talk facts for a minute, shall we? They say that there are no such thing as absolutes, but Big Pharma is “absolutely” a for-profit entity.

[A for-profit entity is a] business or other organization whose primary goal is making money (a profit), as opposed to a nonprofit organization which focuses a goal such as helping the community and is concerned with money only as much as necessary to keep the organization operating.

There’s no question that making money is the end goal of the pharmaceutical companies who make our beloved vaccines. Money is their bottom line, their bread and butter, and what allows them to ignore the millions (Yes, I said millions.) of children injured by their products.

It really doesn’t take a degree to figure this out. You can view their goals, objectives, the stock market, and tax information online. You can review the endless list of lawsuits filed on behalf of people injured in the pursuit of making a buck — lawsuits for things like failure to disclose safety data, fraud, poor manufacturing practices, and wrongful death (to name a few). You can see how many billions of dollars have been paid out to parents of vaccine injured children, and you can simply look at their long and clouded history of price gouging drugs, marketing deception, and habit of buying physicians and politicians.

As ProPublica reports, over the last few years alone pharmaceutical companies have paid the Justice Dept. more than $13 billion to settle allegations of illegal marketing practices. [They’ve paid doctors, universities, and politicians even more to promote their agendas.]

Hello, take a look around at the opioid crisis? WHO do you think started that? Magical unicorns and immigrants from Mexico? No … it was the pharmaceutical companies and the “scientific medical community” that dumped these pills into our communities. “That’s right.”

In the late 90’s, Big Pharma reassured the medical community that patients would not become addicted to their opioids … and they were wrong. Now we have more than 115 people dying each day, we spend $78 billion dollars each year on what has become a full-blown epidemic, and the FDA just approved a painkiller 1,000 times more potent than morphine. And hey, remember that one time Big Pharma price hiked the price EpiPens by 500% and HIV medications by 5,000%? I’m sure they did that for the good of the people who needed these medications, right?

Wake up. Vaccines are currently a 36 billion dollar industry. By the year 2020, vaccines are projected to be a $50 BILLION dollar industry. Vaccines are the highest profit margin drug on the market. So yes, they are out to make a profit at the expense of the people, and if you can’t see that, then you’ve become blinded by your credentials and the propaganda has clouded your thinking.

#2. Nobody has the right (medical degree or not) to dictate who is and is not qualified to receive medical care. If you think otherwise, then you should immediately step down from your profession.