Iodine Deficiency Symptoms (and How to Get Enough Iodine) 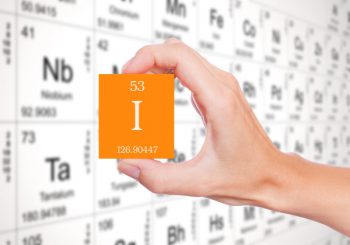 Iodine deficiency has reached epidemic proportions worldwide over the last 10 to 20 years. How did this happen? More importantly, how does a deficiency in iodine affect your health and the health of your family?

The most common consequence of low iodine levels is hypothyroidism. However,low levels of this essential mineral can set the stage for a host of other health conditions. Read on to discover important information about iodine deficiency that even many family doctors aren’t aware of.

The CDC’s Stance on Iodine Is Confusing

The World Health Organization estimates that approximately two billion people worldwide are deficient in iodine. In the U.S., however, the “official” stance regarding iodine can be confusing.

The United States Centers for Disease Control (CDC) states that “iodine deficiency disorders (IDD) such as goiter, cretinism, stillbirth, spontaneous abortion, and retarded physical and intellectual development have been virtually eliminated through the iodization of salt.”

The Reality: Iodine Deficiency Is a Major Health Issue

Being healthy in a world of confusion requires you to look beyond the rhetoric. When you do, you will see an entirely different picture about the state of iodine deficiency in America and how it may be affecting you.

First, let’s consider the “Recommended Daily Allowance” (RDA) for iodine established by the U.S. National Institutes of Medicine. Like current recommendations for vitamins C and D, the iodine “allowance” was established in the 1940s to avoid the most serious consequences of deficiency. The RDA for vitamin C, for example, was created for the prevention of scurvy.

In the same vein, the standard adult RDA for iodine today is 150 ?g/day (micrograms per day), 220 ?g/day for pregnant women, and 290 ?g/day for lactating women. This was established over 75 years ago for the prevention of goiters and severe complications during pregnancy.

For the most part, studies based on the RDA conclude that iodine deficiency in the U.S. is a “problem solved.” An increasing number of voices outside the box of conventional medicine, however, say that “subclinical” iodine deficiency has reached epidemic proportions.

The biggest clue as to the reality of iodine deficiency in U.S. can be seen in a series of surveys conducted by the CDC itself since the 1960s. The National Health and Nutrition Examination Surveys are designed to track the overall health of American children and adults.

At the same time, iodine levels of below 5 ?g/dL (micrograms per deciliter) increased more than 4-fold. The World Health Organization (WHO) has established a mean urine iodine concentration which should exceed 10 ?g/dL) for overall health.

There was no change in iodine levels between NHANES III and NHANES IV (2001-2002). The problem continues and the consequences for health are staggering.

Table Salt: Not a Viable Option for Iodine 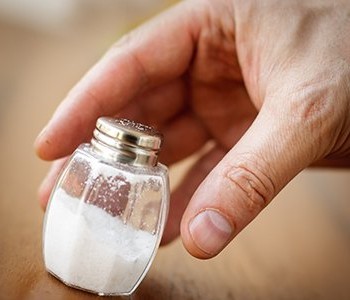 There are specific reasons why iodine levels in the United States and other parts of the world have declined so much since the 1970s. An increasing toxic load, as well as damaging policies from government and manufacturers, are largely to blame.

Let’s take a look at salt. In the 1920s, the U.S. government responded to a high number of goiters (swelling in the neck from an enlarged thyroid) in the American upper Midwest by issuing a health mandate.

Since 1924, iodine has been included in the commercial salt supply. To this day, table salt is the main source of iodine for most Americans and the majority of the non-Asian world.

Two things happened beginning in the 1970s that led to a decline in commercial salt uptake, however.

Secondly, health-conscious individuals began avoiding commercial sources of salt because of the toxins used to produce it.

Indeed, unlike in the 1920s, today’s table salt is actually bleached sodium chloride that has other harmful halides such as fluoride sodium bicarbonate added to it. Most holistic health experts recommend skipping commercial salt altogether and reaching for sea salt or Himalayan pink salt instead.

Toxins Cause Problems with Iodine Absorption

The 1970s also saw an increase in toxic chemicals, which block iodine uptake. This unfortunately has dealt a “one-two punch” to iodine levels overall.

Fluoride, chlorine, and bromide are health-damaging chemicals that happen to share the halide chemical category with iodine. As such, they are able to mimic iodine in the body, even replacing it within iodine receptor sites. During the 1970s, American bread manufacturers also replaced iodine with bromide as a dough softener for their products.

Bromide is particularly dangerous since it has the ability to replace iodine in the thyroid. Studies have shown that when iodine levels are low, bromide can induce hypothyroidism. This includes impaired ability to synthesize thyroid hormones.

Other studies indicate that excessive amounts of bromide can lead directly to goiters, as well as decreased iodine in the mammary glands and increased iodine excretion through the kidneys. In addition to commercial bread products, bromide can also be found in paint, new car interiors, and pool-cleaning products.

Fluoride found in tap water and dental products is another chemical that blocks iodine in the body. In addition, a chlorine-containing chemical called perchlorate, an ingredient in jet fuel, can also lead to dangerously low iodine levels.

A 2005 study done at Texas Tech University found that the average breast-feeding infant consumes twice the recommended maximum daily level of perchlorate, as established by the National Academy of Sciences. 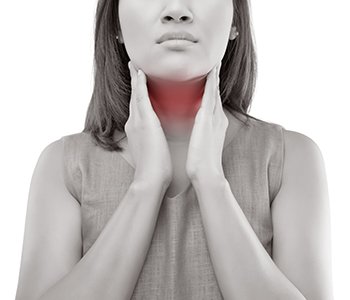 How can you tell if your iodine levels are too low?

Look at this list of common iodine deficiency symptoms and see if any apply to you:

Some of these symptoms may seem familiar to you, since they are also indicative of low thyroid function, otherwise known as hypothyroidism. This is because iodine is literally the “food” for the thyroid. Key hormones created in the thyroid, such as thyroxine (T4) and triiodothyronine (T3), cannot be created without it.

Other symptoms may come as a surprise. For example, did you know that in addition to being utilized in the thyroid, iodine is also housed and used in the salivary glands, breast tissue, gastric mucosa, ovaries, and the choroid plexus, the grouping of cells in the brain responsible for creating cerebrospinal fluid?

Iodine plays a part in every function in the body, and when you are deficient it affects every organ. According to National Cancer Institute statistics, thyroid cancer rates have risen 3.8% every year for the last 10 years. Rates of breast, uterine, prostate, and digestive system-related cancers have also been on the rise.

Finally, other ailments possibly related to iodine deficiency, such as autoimmune diseases and gastric system conditions, continue to affect almost everyone. Their rise began around the same time as iodine levels began to decrease in the United States as a whole.

How to Increase Your Iodine Levels: 4 Ways

Knowledge is power. Now that you know the facts about iodine deficiency and what causes it, you should also know that there are many things you can do to make sure you have adequate amounts in your body.

Here are 4 quick tips you can start today to ensure you’re not iodine deficient:

You can do this on your own through a skin test or through an iodine loading test. While you are at it, get your levels of fluoride and bromide tested as well!

This involves boosting your liver and kidney function as well as taking measures to get rid of bromide, fluoride, and chlorine in the body. Milk Thistle is a gentle yet powerful detoxifying herb that strengthens both the liver and the immune system.

Choose filtered water free from fluoride. Opt out of the use of fluoride toothpastes and dental products. Limit your exposure to chlorine and bromide in swimming pools. Choose organic sources for bread the next time you shop. There are dozens of actions you can take to limit your exposure to harmful halides. Choose one each week and stick with it!

You can start with your plate. Some foods high in iodine include quality fish and seafood, seaweed and kelp, cranberries, strawberries, and green, leafy vegetables.

Iodine deficiency has reached epidemic proportions worldwide… and can lead to unexplained weight gain, fatigue, “brain fog”, and much more. If any of the symptoms listed above apply to you, be sure to talk to a healthcare professional to see if iodine supplementation may be right for you.

Go here to learn more about our recommendation for a certified organic nascent iodine supplement.