The Strange Phenomenon of Addiction Release: A Personal Perspective 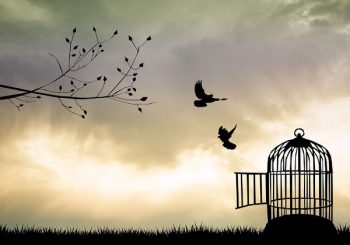 A few years ago, I met a young Scottish man seeking to understand a strange psychological change he had undergone after years of drug addiction.

Heroin had taken such a strong hold over Greg (as I will call him) that he had given up hope of stopping and was resigned to dying.

But one morning, he woke up and felt completely different. He had no idea why, but he suddenly felt clearheaded and strong. Usually, the first thing he thought of when he got up was taking drugs, but that morning the urge had disappeared. The thought of taking heroin repulsed him. For no apparent reason, he felt free of his addiction. He felt a sense of wholeness and ease that he had not known since childhood.

I didn’t want to be around my drug-taking friends anymore. I didn’t have anything in common with them. They couldn’t relate to me, couldn’t understand why I’d changed so suddenly. All my relationships ended or changed because I wasn’t the same person anymore. I had to find a whole new set of friends based on the different person I had become.

After attending some Narcotics Anonymous meetings, Greg began to understand that he had undergone some form of rebirth, not in a religious but a spiritual sense.

How can someone wake up and simply find that they are no longer an addict? How can a severe addiction suddenly disappear for no apparent reason? Overcoming addiction is often a long struggle. Recovering addicts usually have to proceed carefully, on a day-by-day basis, with a lot of support and personal courage to keep themselves from relapsing.

But there are some rare cases where this doesn’t apply. In my research for Extraordinary Awakenings, I found several cases of what I call spontaneous addiction release. When addiction reaches its most extreme point, when a person has lost everything and is close to death, there may be a radical shift in identity.

One of the most amazing stories I came across was about a Scottish woman named Eve, a severe alcoholic for 29 years. At the end of this period, she felt physically and emotionally broken and attempted suicide by walking in front of a coach. Somehow, this encounter with death brought about a shift. When the police took her to her parents’ house, her mother assumed she needed a drink to ease her withdrawal symptoms and gave her a glass of wine. But Eve couldn’t drink it. Eve said to me in Extraordinary Awakenings:

The doctor knocked me out for a few days, and when I came to, I didn’t want to drink… Mum sat me down in front of a mirror and said, ‘Look at yourself, you’re an alcoholic.’ I looked at myself, and it was one of the most surreal experiences I’ve ever had. I had no idea who I was. I didn’t connect with my reflection. I felt like a completely different person.

At first, Eve was slightly confused by this transformation, but it soon settled down. Ever since, she has felt liberated and elated, with a heightened awareness and an intense sense of connection to the world. She has never felt the urge to drink again and has been sober for 11 years.

It’s worth noting that one of the founders of Alcoholics Anonymous, Bill Wilson, underwent a similar experience himself. After relapsing more times than he could count, Wilson felt completely broken down by his alcoholism and was close to insanity and death. Then he had an awakening experience: “My room blazed with an indescribably white light. I was seized with an ecstasy beyond description. I lay on the shores of a new world.”

Because of his experience, Wilson began to believe that recovery from alcoholism was only possible through spiritual transformation. And he developed the AA 12-step program as a way of helping other alcoholics undergo awakening. You might say that the program attempts to cultivate the same instant transformation that Wilson went through gradually.

Albert Einstein reputedly stated that a problem could not be solved from the same mindset that created it, which applies to addiction. To be free of addiction, the ego-self taken over by the addiction must dissolve. If anything remains of that ego-self, then the addiction—and the craving for the substance—will remain. To paraphrase Einstein, addiction cannot be overcome by the same self that carries the addiction. It can only be overcome by a new self.

Originally published at Psychology Today and reproduced here with permission.

Steve Taylor is a senior lecturer in Psychology at Leeds Beckett University, UK. His latest books in the US are The Calm Center and Back to Sanity: Healing the Madness of the Human Mind. He is also the author of The Fall, Waking From Sleep, and Out Of The Darkness. His books have been published in 19 languages. His research has appeared in The Journal of Transpersonal Psychology, The Journal of Consciousness Studies, The Transpersonal Psychology Review, The International Journal of Transpersonal Studies, as well as the popular media in the UK, including on BBC World TV, The Guardian, and The Independent.

As the author of Out Of The Darkness, one of Steve’s research interests is “awakening experiences” — moments when our normal awareness intensifies and we feel a sense of connection and meaning. What causes these experiences? Is it possible to control them? Steve’s work also examines the sources of psychological suffering — Why is it that human beings find it so difficult to be contented? His research also shows that many awakening experiences are triggered by intense psychological turmoil, such as depression and loss.

Connect with Steve at StevenMTaylor.com.